So as said in my previous post I’ve set out to make illustrations for The velveteen rabbit.

I started with re-reading the text a couple of times and then I quickly surfed around on Pinterest, searching for a few mood-setting images – bunnies, kids, nursery rooms, illustrations and previous illustration takes on the story. I didn’t start to build a elaborate visual library yet, but I did spend some time just looking around. Much later in the progress I started segmenting my Pinterest board, organizing everything in a way I could find what I’m looking for.

Pinterest board section – other illustrator’s images for this story

After browsing around, I re-read the story again and took note of everything we get to know about the looks of our bunny character, everything I should keep in mind while drawing him.

First I made a few of sketches and then to not get so caught up in how I would normally approach it, I went ahead to look for actual bunny plushies and made sketches of those, slightly stylized, but following their proportions. I really enjoyed gathering reference for this – there are so many adorable bunny toys. :)) 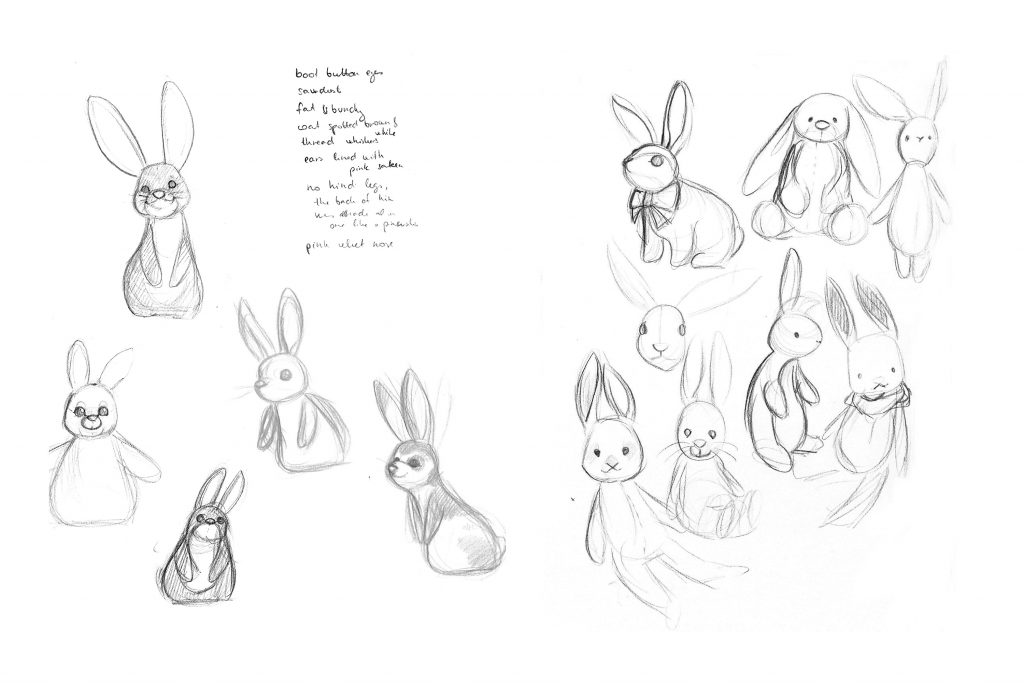 After playing around with the bunny idea, I went ahead to make a couple of really rough thumbnails of one of the scenes that I found appealing.
The boy sleeping with the bunny is something that I really wanted to illustrate, so I thought that’d be fun to explore first.
Scribbling down a few thumbnails quickly made me realize that I don’t have a great visual library of kids sleeping, so I went back to research mode and browsed around for sleeping kiddo photos to draw quick studies of them. I didn’t want to stylize them, cause I really should get more used to the normal proportions and poses of kids anyway, but what I did try to keep in mind, that I’d have to put a toy in there somewhere, so even though most of the photos didn’t have a plushy on them, I made a few marks to indicate where I could fit it in. 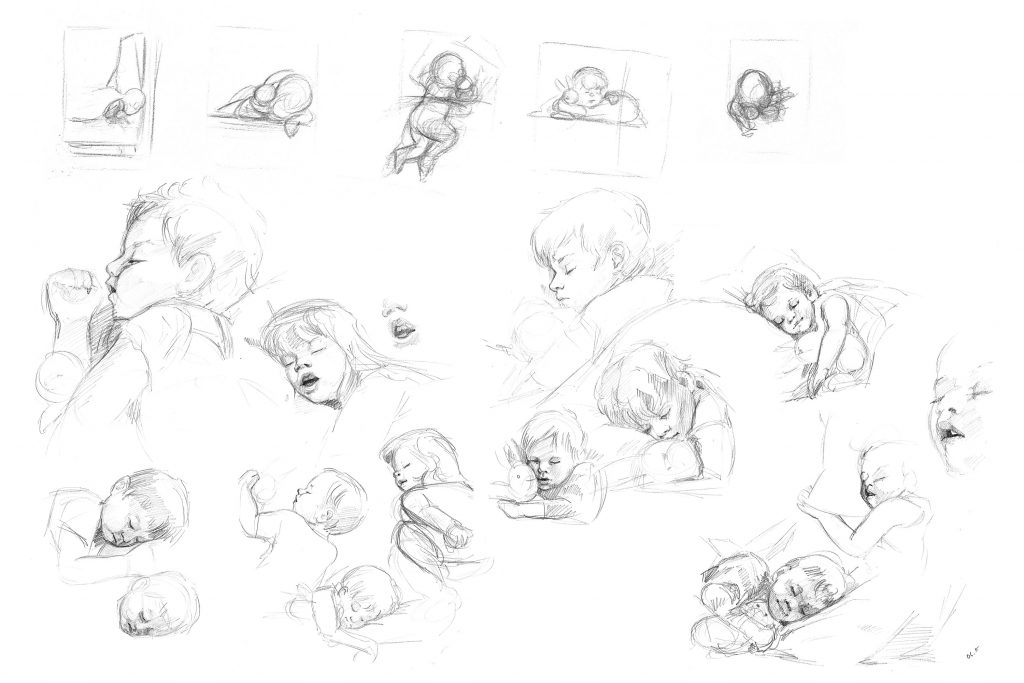 A collection of reference photos saved from google search to Pinterest

After filling up a few pages with kid sketches I thought it was time to start doodling in a way I would actually approach an illustration for a kids book.

These were the first  rounds of sketches: 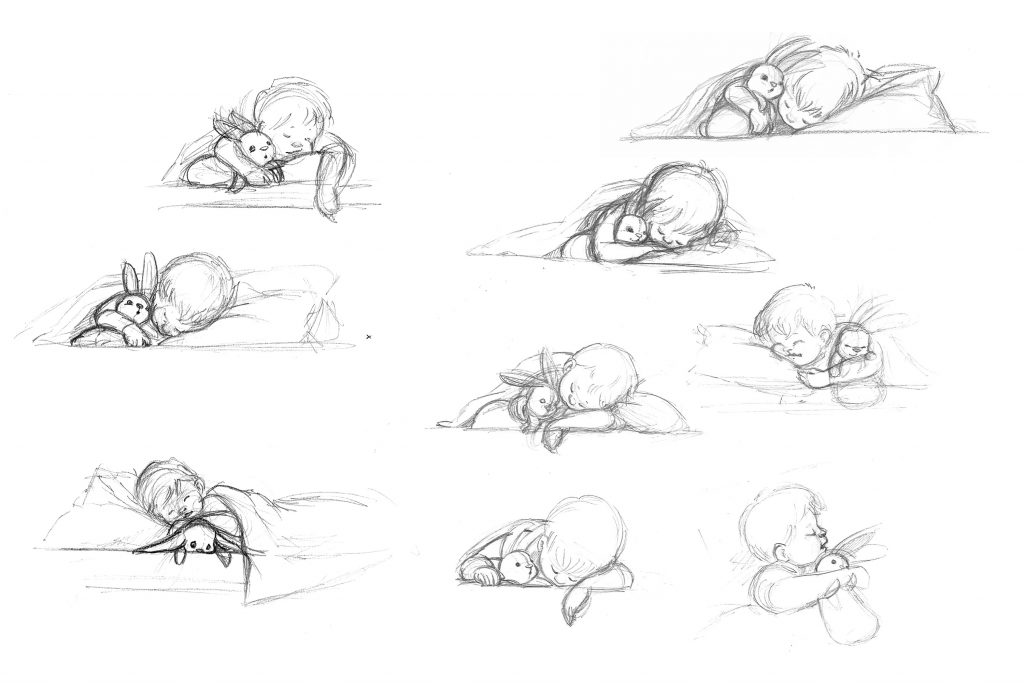 Stay tuned, there is more to come 😉